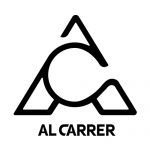 “ I mostly try to put the character in his environment, hence the maps! Only used BIC pain for the portrait, creating almost shadow, while the maps tells the rest of the history” Tavu

From Harlen NYC, in the early to mid-1990s, Big L became well known amongst underground hip-hop for his freestyling ability, and was eventually signed in 1995, he released his debut album,Lifestylez ov da Poor & Dangerous.

On February 15, 1999, Big L was shot nine times by an unknown assailant in East Harlem, New York, his hometown.